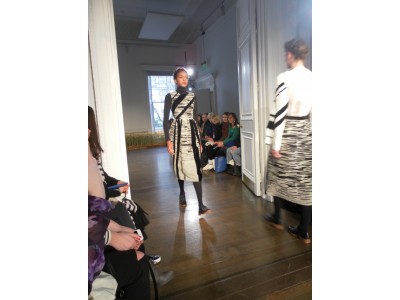 Make Believe Beauty & Cosmetics were delighted to attend London Fashion week and were sponsors of Palmer/Harding.

Here’s some information on the Amazing Duo…

Having been described in the press as “the worlds most perfect shirts” palmer//harding is a British brand known best for the directional design and high quality of their modern shirting. Since launching in 2011 they have grown from strength to strength, featuring regularly in international publications, such as Vogue US, Elle, Tank, Marie Claire, i-D, Wall Street Journal, The Independent, WWD and Paper. palmer//harding has become the press’ go-to brand for modern shirting. their stockists include globally recognised retailers such as Dover Street Market, Louis, Ikram, Space Mue and The Room at Hudson Bay amongst others.

The brand is comprised of Central Saint Martins trained duo Levi Palmer, who grew up in America before moving to London, and Matthew Harding, who is British born and raised.As designers they explore the idea of duality and contradictions in their work, developing definitions of feminine strength. palmer//harding show their collections on-schedule during London Fashion Week, and with an ever evolving collection they continue to build a loyal following. palmer//harding have previously been awarded Newgen sponsorship by the British Fashion Council and Topshop as well as being finalist for the prestigious Andam award in Paris.